Home » What I do - Travel and World The World »

Having sold my time in return for money for the best part of my 20’s, I decided that the balance in my 30’s should move towards self-fulfillment and life enjoyment. So, shortly after my 30th birthday I handed in my resignation. It felt liberating.

My focus now is on training for Ironman 70.3 in Mallorca and Ironman UK. I will have 1 month to train full time after finishing my job, which will be very interesting. After that? Who knows, but I think a lot of travel will be included.

Update – Jul 2013: I moved out of London in July and have been working on a few projects based at my parents house! I’m off to India on the 21st November, starting in Mumbai and travelling around for up to 6 months. I also should be getting a 12 month work visa for New Zealand this week!

Training for Ironman UK 2013 continues…I completed Ironman Mallorca 70.3 in 5 hours 44 minutes with a 40 minute swim time in the sea for 1.9km, 2 hours 59 minutes for the bike leg of 90km over mountainous terrain and finished with a 1 hour 48 minute half marathon. I was happy with that. My transitions were slow so I need to sort out my gear to wear properly…

I bought myself a Royal Enfield Bullet, 350cc Electra in red. I have been riding it around India for 6 weeks now and have covered over 5,000km. I plan to head up into Nepal for the end of March.

Update – June 2014: Been a while since I updated this so I’ve covered a lot of ground since Feb. I continued to travel around India, then rode into Nepal and spent 1 month there, mainly in Pokhara but also in Kathmandu for a time while I was getting my Thai visa. I joined a motorbike gang for something called The Poker Run which was amazing fun.

I’m now down in Thailand at a training camp. I have been here since the 28th April, spending most of that time training but I just took a week off to go to the full moon party which was crazy. Highly recommended. Now I’m back down in Chalong at a strength and conditioning camp called Unit-27.

Update – Nov 2015: A long time has passed since I made an update! And a lot has happened in between. I have posted a few blogs up on here about my travels, but I have been a little lazy with it too…

After Thailand I spent 2 weeks in Kuala Lumpur, Malaysia visiting a friend who lives there, then went back to the training camp in Thailand for another month of training. Loved it there.

Next stop was Singapore for 4 nights just to check it out, followed by 2 weeks in Bali where I learned to surf and visited Ubud and one of the Gili Islands. Beautiful beaches, great weather and the sea was so warm. Even better still, there are no sharks there 🙂

I then flew down to Darwin in Northern Australia. Sorry, but I can’t help myself but to post this recent advert I saw! 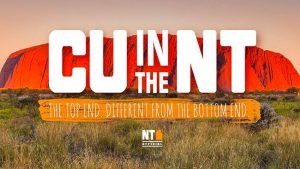 I wanted to travel around a fair bit in Oz, so visited some major places like Ayers Rock, starting in Alice Springs. I flew down from Darwin. Then flew across to Brisbane, up to Hervey Bay & Fraser Island then down to Byron Bay, Sydney, Canberra and finally Melbourne.