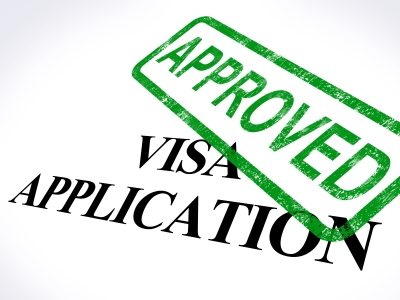 I’ve always heard good things about New Zealand. About how peaceful and beautiful the country is and how the way of life there is much more relaxed and about quality of life rather than how much money you earn at work. I have an auntie and uncle who live there, along with a good friend who I used to work with, so I thought it would be a great place to visit and work in.

My idea was simple. Start of travelling in India, work my way up to Nepal, through Thailand and around SE Asia then down to Australia and New Zealand. The next mission was to find out what options I had for a visa, and that is where the journey really begins…

I wanted to have the longest visa possible because, well, because it’s always better to have the longest and biggest of everything. Because I was 30 years old I knew that to get a working holiday visa I had to apply before I was 31. I had two options:

I opted for option 2, obviously. After some more research I found out that I needed to get a medical, chest X-ray, blood tests and urine samples all done before they would accept me. A bit of a headache, especially as there are only a select few places that you can get it done nearby. No worries, I thought, it’ll just be a simple procedure and it was to a certain extent after I had paid the hefty £370 for it…

I have a stomach condition called ulcerative colitis. Just a mild form of it, which means that I take some medication but not a lot. The problem with that is the immigration people wanted to know how I was going to control it for the 23 months that I would be there. In order to do that they needed a report from a specialist gastroenterologist. This was going to cost a further £250!

So, I’d been battling back and forth with the non-human appearing immigration officer via email without much success. I was trying to say that if I could prove that I had no needed any hospital treatment in the last 5 years for this would that be sufficient to allow me a visa. The answer was definitely “NO”. Eventually I asked what other options I had and she said that I could just get a 12 month working holiday visa, not the 23 month one…I hadn’t realised it at the time but if you just wanted the 12 month working holiday visa you didn’t need the medical! Serves me right for being greedy and wanting the 23 month one.

The reason I applied for the 23 month one was because with the 12 month visa you can apply for an extension when it runs out if you are in New Zealand but you have to be under 30 for that and I was going to be over 30. That’s age discrimination if ever I’ve seen it.

Still, I have ended up with a 12 month working holiday visa which is great. I can come and go as much as I want in that time to New Zealand and work for a single company for up to 6 months but not more than that. As an added bonus I have 12 months to get there so it means I can travel around SE Asia before I head down that way. All worked out well in the end.

Moral of the Story

Don’t declare anything that you don’t need to. I was always taught that honesty is the best policy but to be honest with you I don’t think it necessarily is. Not in this case anyway. It was something I could have left off the application form and managed myself because I would not have asked for treatment for the case. So, if you are applying for a New Zealand working holiday visa just think about that before you make your application official.