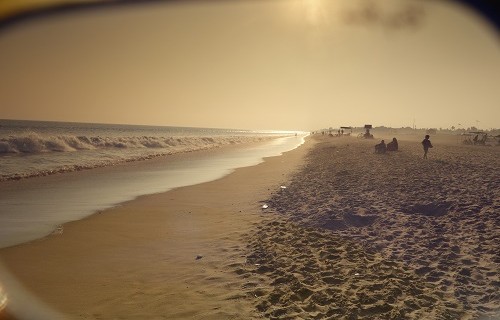 I was considering skipping Puri altogether as I was a little bit fed up with some of the places I had been to and wanted to see a familiar face in Calcutta – I was head up that way to meet a friend of mine who I had met in Goa, a couple of months before. But, I’m really glad that I didn’t skip it because I really enjoyed my stay there.

I was searching around for a place with a good wi-fi connection and which wasn’t too expensive. I drove past many hotels, most of which did not have wi-fi. I then drove past a place called Z hotel. I didn’t think about going in because it was gated and they were closed and it looked very uninviting. However, after finding another hotel which was full they recommended I go there.

The hotel itself is a really old, mansion type place. I guess at one time or another it was owned by one person who lived there with servants also living and working there. It had high ceilings, large rooms and a very grand presence about it. I liked it immediately, I also liked the price (600 rupees a night) and that it had wi-fi with several large communal areas to sit in.

I stayed there for 3 nights in the end because I liked it so much, when I had only intended to stay for 1 or 2. I wish I could have stayed longer because the food was also amazing. The guy who worked there cooked everything fresh and he was a great cook. I ate there three times a day, with snacks in between and chai and my bill for two days came to only £13. Really cheap and some of the best food I have had.