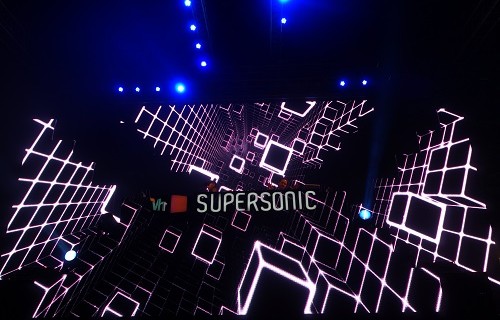 After 4 nights in Prison hostel I had become friends with a few guys here, and mostly two guys called Phill and Kiernan. Kiernan was heading on down to Palolem before hitting Cochin so I decided to go along with him for a few nights.

We got a taxi down from prison hostel to Palolem for about 2,500 rupees which wasn’t too bad for a 2.5 hour taxi ride and managed to get ourselves a beach front hut for 1,000 rupees a night so just £5 each. It was very basic, no hot water just a basic shower and sink which was built into thin wood. The best part was that they had a mosquito net and I suffer from massive amounts of mosquito bites so I was very happy to have one of those around.

To be fair there don’t appear to be as many mosquitos in Palolem as there are in Anjuna. I have days where I get bitten 10 or more times and other days where I don’t get bitten at all. I have no idea why but they seem to love me. Either that or I just react badly to the bites where other people are fine.

I had never been to one before so I thought it was a good time to try it out. The silent discos have become popular because the government in Goa are trying to clamp down on late night parties and have imposed a curfew of 10pm for loud, outdoor music. Of course, the police are always open to being bribed so if the bar earns enough money they can usually pay off the police and carry on.

The silent disco had three DJs, each having a small area of the DJ booth and a colour below their area showing you which one is playing under which colour. Then, you can change channel on the headphones you are wearing to listen to each of them. The headphones have a colour on them so you can easily see which channel each person is listening to and how popular they are.