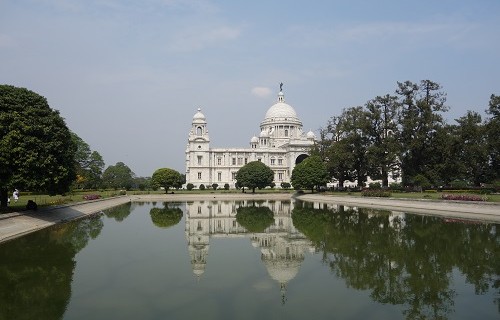 Kolkata wasn’t high on my priority list to be honest, but because I had met Ishani & Marc in Goa and because I was heading over that way, it would have been rude not to pay a visit. I was also looking forward to seeing the city from a locals perspective.

I decided to stay near where my friend lived, which was in Salt Lake City which is just on the outskirts of Calcutta. The town is relatively new, with lots of construction still ongoing. The roads are large and well deisgned for lots of people, so it makes life a little easier.

When I arrived at a guest house which was quite local to Ishani’s place, I was happy because the place was clean, looked nice and was in a nice area. Unfortunately, that’s where it ended. The staff were the worst I have met and made my stay really unpleasant, especially when I was ill and they continually hassled me ringing me to ask for payment of the room and the cleaners would not stop knocking until you answered it at 8am. The place was called Sushama and I left a horrible review on Trip Advisor.

I met up with Ishani a lot and went to her house most days where she and her Mum would spoil me rotten by cooking food for me and generally looking after me really well. It was like being back home again, and I really appreciated the home comforts. When I was ill Ishani’s Mum, Bunty, made me food and helped find out which medicine I needed. Then Ishani brought it round to me and saw that I was OK by popping in several times a day. It was so thoughtful of them and I think this is a real indication of what Indian families are like; they really look after one another.

When I wasn’t ill, I went to the city and looked around at places such as the Victoria Memorial which was really impressive with well 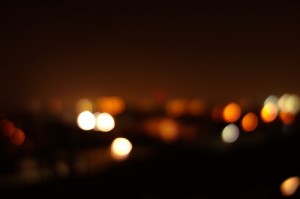 Kolkata at Night with Bokeh

kept gardens to walk in. We got told off a few times for taking photos when we were not allowed but it seemed a little strict to me. I have no idea why they didn’t want people to take photos.

We had coconut water, rasgulla and went around some of the places where they sculpt religious statues which was really interesting and not something that I would have done myself because it was down some small alleyways in a part of town that I would not have been in. Great to have a local guide!

I was in desperate need of getting a bike service. In so many other places I had been told I didn’t need to change my oil and that it was fine but the bike had started to steadily decline in performance and felt not quite right. It was jerky when riding it and didn’t start first time like it used to. I was beginning to give up hope of finding a good mechanic but luckily I decided to head to a Royal Enfield specialist.

I hadn’t changed my engine oil in over 5,000km. I got the guys at Kolkata Bike Zone to do a full service and check everthing out on the bike. I ended up with a bill for 6,000 rupees (£60) but it was well worth it. I had lots of new parts and the bike felt like new afterwards. A completely different bike and the rear brakes were also much better because I had a new rear hub. I also got a new speedometer fitted because the odometer on mine was not working.

While there I met a guy called Anne. He organised tours around India, Bhutan and Nepal for foreign tourists. He really helped me out while I was at the service station making sure that everything was done properly. We chatted a lot and he even gave me some chain lubricant and a spare oil filter, which was really nice of him. He even took me to a place to buy oil which was a lot cheaper than other places. We went out for a Chinese meal and chatted about bikes and how he could get more visitors to his website which was really interesting because that is what I have been working on for the past 2 years.

I had to leave my bike in Ishani’s garage because the hotel said that it was not safe leaving it outside of the hotel, which was another problem because they said that they had somewhere I could park my bike. I picked up my bike and then made my way to Varanasi. I knew that I was going to miss Kolkata because it had been like stopping at home for a week, albeit with 2 days of illness. 1 case of Delhi Belly in 3 months isn’t too bad I didn’t think!